Gainsharing. Not Quite Dead.

The concept of gainsharing in the health care industry has been around for decades.  Under a typical gainsharing program, a hospital and participating physicians will develop a cost-savings plan in relation to a specific procedure or service line.  As the savings are realized, the hospital will then share a portion of the measurable savings with those physicians.  The goal of gainsharing has always been to align physician and hospital interests, in order to improve the quality and efficiency of clinical care.

Gainsharing has not always been viewed favorably by the government.  In fact, in a 1999 Special Advisory Bulletin, the Office of Inspector General (OIG) took the position that gainsharing arrangements violated the law, and that the payments could even constitute kickbacks to the participating physicians.  Since then, the government has not backed off its position that gainsharing programs might violate the law.  However, the OIG has also determined that it would not seek sanctions in a growing number of gainsharing arrangements.  END_OF_DOCUMENT_TOKEN_TO_BE_REPLACED

With the opioid epidemic in South Florida at crisis levels, there is an increasing demand on local hospital emergency departments for screening and evaluations of drug overdoses, considered a medical emergency. Addiction treatment law evolves with EMTALA updates.   Many patients receiving substance abuse treatment in this community are coming from out-of-state.  Many are young, under 35 years and a majority receive outpatient services.  Overdoses are occurring more frequently as patients deliberately misuse opioid prescriptions such as Fentanyl or an illicit drugs such as heroin.  If the patient possesses and or uses an illicit drug while in treatment, the policy in many facilities is to terminate treatment and discharge the patient. But if the patient has overdosed, the facility will place a call to 911 and that patient will end up with a visit to a local emergency department.   A discharged patient will often continue using and end up in the emergency department, taken there by paramedics or some other individual.

Local emergency departments now play a pivotal role in the next steps that an overdosed patient may take.   Is the patient receiving their EMTALA rights (Emergency Medical Treatment and Labor Act), a federal law requiring anyone coming to a hospital emergency department to be screened and examined?  If an emergency medical condition exists, treatment is provided to relieve or eliminate the emergency medical condition within the service capability of the hospital, a difficult task with substance abuse.  END_OF_DOCUMENT_TOKEN_TO_BE_REPLACED

Medical web-based businesses have been on the rise, while the number of HIPAA enforcement actions by the US Department of Health and Human Services (HHS) has risen exponentially as well. Since the beginning of this year, HHS has announced several large settlements with companies that failed to comply with HIPAA Compliance requirements. For example, in January, HHS announced a $2.2 million settlement with a health insurance company when a breach resulted from a stolen portable USB device containing PHI. Also, In February, HHS announced a penalty of $3.2 million against a medical center for a breach that arose from a theft of an unencrypted laptop containing PHI. This enforcement activity is becoming the norm, so it is best to ensure that your medical website is legally compliant.

If you are handling any PHI on or through your website, you must ensure that your website is up to speed with HIPAA compliance. Here are some recommendations to address the security and privacy of PHI that your website may manage (please note that this is not a comprehensive list): END_OF_DOCUMENT_TOKEN_TO_BE_REPLACED

It’s almost renewal time once again for many health care practitioners.  If this is your renewal cycle, please note the following information provided by the Florida Board of Medicine, which can help you avoid some of the most common delays encountered with license renewals.

It is important to remember the upcoming renewal is the first to have mandatory continuing medical education reporting requirements.  If you have not done so, please activate your account with CE Broker and ensure that all required CME you have completed for this renewal has been uploaded.

Most of the medical practitioners renewing will be required to submit the following:

END_OF_DOCUMENT_TOKEN_TO_BE_REPLACED

The Next Passenger on the Health Train: Physician Assistants

The scope of Physician Assistants’ practice is a dynamic and hotly debated area of law which shares many similarities with the nurse supervision issues we covered in a recent article (available here). House Bill 1275 would have also allowed for an expansion in the PA field and was included on the “Health Train” compilation of bills introduced during the Florida legislature’s recent session. As we know nothing on the Train passed before the session ended and though it may gain forward momentum next time, here’ how the laws stand today:  END_OF_DOCUMENT_TOKEN_TO_BE_REPLACED

The Department of Health and Human Services announced this morning that it has entered into a settlement agreement with Parkview Health System, Inc., an Indiana medical group caught up in HIPAA violation case.  Parkview was assisting a retiring physician to transition her patients to new providers.  Parkview was also considering purchasing some of the physician’s patient records.  When Parkview attempted to return between 5,000 and 8,000 patient records to the physician, she was not home to accept their return.  Parkview employees left cardboard boxes containing between 5,000 and 8,000 patient medical records outside of the physician’s home, and within twenty feet of a public road.  In settlement and release of HHS’ claims against Parkview for such a HIPAA violation, Parkview agreed to pay the Department of Health and Human Services $800,000 and enter into a Corrective Action Plan.  The entire Resolution Agreement between Parkview and HHS is available here.

The US Department of Health and Human Services, Office of Civil Rights is the chief enforcer of HIPAA.  The Office’s recent enforcement of HIPAA with respect to a Massachusetts derm practice is illustrative of how the government views HIPAA and how vulnerable medical practices are.  END_OF_DOCUMENT_TOKEN_TO_BE_REPLACED

Medical Staff Doctors: Your Bylaws Are Your Bond

Over time, medical staffs have become overwhelmed with the business of healthcare and have fallen asleep on a very critical issue:  Medical Staff Bylaws.  Physicians who think all bylaws are the same, that they are essentially meaningless and that medical staff members are powerless are simply wrong.

Board of Medicine: New Rule Regarding Adequacy of Medical Records for Compounded Medication

The Cost of Inaccurate Medical Records 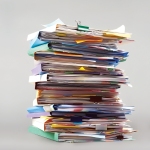 On July 8, 2013 the United States Attorney’s Office for the Southern District of Florida issued a Press Release with the headline “Supervisor of $63 Million Health Care Fraud Scheme Sentenced in Florida To 10 Years in Prison”. The Defendant, a 51 year old employee of the Healthcare Provider was the director of medical records. The employee was a certified medical records technician and was found to have overseen the alteration, fabrication and forgery of documents that were used to support claims submitted to Medicare and Medicaid. In addition, the employee was found to have directed therapists to fabricate documents and forged signatures on documents. The defective medical records were used to support claims to Medicare and Medicaid in excess of 63 million dollars. END_OF_DOCUMENT_TOKEN_TO_BE_REPLACED