Over the last few months, there has been a significant uptick in investigations in the “medical spa” space. The biggest points of enforcement have been in regards to supervision and scope of practice.

The various governing bodies have taken a more active role in ensuring that providers are providing services within their scope of practice as wells as enforcing the various supervision statutes. END_OF_DOCUMENT_TOKEN_TO_BE_REPLACED

Changes are coming to the way Electrologists in Florida may be supervised when performing laser hair removal. For years, direct, on-site supervision by a physician was required in order to allow an electrologist to perform laser hair removal. Recently, the Board of Medicine and Electrolysis Council agreed to a rule change, altering the method of supervision to include telehealth. END_OF_DOCUMENT_TOKEN_TO_BE_REPLACED

Deciding you want to open your own medspa or start a medical practice is the first and most important step in creating something unique and building a brand. Understanding how to properly “start” that business from a legal perspective, and doing so correctly can be the difference between success and failure.

As a physician in a private, solo-practice, or the business owner of a medspa startup, proper strategy is key. Understanding your corporate structure, developing a business plan, and compliance with the laws will help eliminate pesky obstacles that will slow your growth.

When working with start-ups the following steps should be given plenty of time and attention. END_OF_DOCUMENT_TOKEN_TO_BE_REPLACED

Med Spa Compliance: Are you Operating Within the Law?

On May 19, 2018, Delray Beach medical spa owner Jennifer Aspen was booked into the Palm Beach County Jail and charged with practicing medicine without a license. Ms. Aspen is the manager of Mermaid’s Skin & Wellness, a medical spa located in Delray Beach, Florida. The charges against Ms. Aspen stem from the fact that a Delray Beach police officer presented to Mermaid’s Skin & Wellness for a testosterone shot. Ms. Aspen stated to the officer that she would perform the injection. Ms. Aspen is a certified nursing assistant in the State of Florida. Her license is currently listed as “delinquent” on the Department of Health’s website, meaning that (as of today) she failed to renew her license after its May 30, 2018 expiration date. Certified nursing assistants are not generally allowed to administer testosterone in the State of Florida.

One of the legal issues that presents frequently in our office is med spa compliance; who can open and operate a medical spa if it is just a cash business, meaning that it does not submit claims for reimbursement to any government or commercial payor. Misunderstandings run rampant in the medical spa industry and many times patients are administered treatment from persons who are not supposed to be providing it. END_OF_DOCUMENT_TOKEN_TO_BE_REPLACED

Physicians & Nurses in for a Long Ride on the Health Train

Nearly half of U.S. States have already expanded the scope of nursing practice and several more are analyzing whether it is appropriate.  The debate between physicians and nurses regarding how much autonomy a nurse should be given is a political hotbed that will likely be revisited by the legislature in the near future.  Until that time, the Board of Medicine and the Board of Nursing will quietly continue to enforce the present requirements. Here’s how they stand today:

Under Florida’s current laws, in addition to the practice of professional nursing, an advanced registered nurse practitioner (“ARNP”) may perform acts of medical diagnosis, treatment and prescription. However, for the most part, such acts must be performed under the general supervision of a physician.  The nature of such a supervisory relationship should be identified in a protocol which identifies the medical acts to be performed and the conditions for their performance. END_OF_DOCUMENT_TOKEN_TO_BE_REPLACED

A trial underway in West Palm Beach will have serious impact on hormone replacement therapy (HRT) businesses around the state.  HRT businesses are exploding around the state and country.  The underbelly of the business exists where business owners do not approach it as a medical service deserving of the same seriousness (clinically and legally) as any other healthcare service.  Four of the doctors involved have already pled guilty to conspiracy charges and were placed on five years probation.  One of the doctors relinquished his license.

The allegations involved in the case shed light on some of the more nefarious aspects of HRT business, which in this instance include— END_OF_DOCUMENT_TOKEN_TO_BE_REPLACED 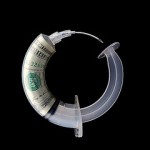 There is no such thing as a “medical spa” in Florida.  True!  They are not uniquely licensed.  In fact, they are usually not licensed at all because (1) they are owned and operated by licensed healthcare professionals, and/or (2) they do not file claims for reimbursement with health insurers.  And they are not a regulated entity.

What then is a “medical spa”?  If you want the long answer, go here. The short answer is It’s simply a place where people receive traditional spa services (e.g. facials), plus many other medical procedures, typically focused on cosmetic services (e.g. hair removal, Botox).   It’s “medical” because of the nature of the services provided.  It’s “medical” because (ideally) physician supervision is woven into the business model.