Florida’s Agency for Health Care Administration (“AHCA”) is the state’s chief health policy and planning organization.  AHCA is also responsible for the state’s Medicaid program.  One of the agency’s latest targets are behavioral analysis providers who treat children with autism.  Recently, AHCA imposed a temporary six-month moratorium on enrollment of new providers due to newly discovered fraud and abuse.  AHCA states that the temporary moratorium will allow the agency the time to complete a full assessment of the current provider population.  In other words, all behavioral analysis providers will experience heightened scrutiny in the coming months if not already.  This can include in-person interviews and requests for records.  Given this increased regulatory action, it is important for behavioral analysis business owners to be aware of the audit process and to prepare for likely future reviews.

Here are a few of the notable findings cited by AHCA regarding the identified fraud and abuse: END_OF_DOCUMENT_TOKEN_TO_BE_REPLACED

The Centers for Medicare & Medicaid Services (CMS) contracts with private companies also known as sponsors to provide Medicare services and benefits under Parts C and D. However, when a sponsor fails to comply with program and/or contract requirements, sponsors are subject to a wide range of enforcement action by CMS. Enforcement and contract actions available to CMS include intermediate type sanctions (i.e., suspension of payment, marketing or enrollment), termination, and most notably, civil monetary penalties (CMPs). Historically, the majority of enforcement action taken involve the imposition of CMPs. Thus, plan sponsors are strongly encouraged to adopt an aggressive compliance plan that includes mock periodic audits in order to prevent potential deficiency findings by CMS. END_OF_DOCUMENT_TOKEN_TO_BE_REPLACED

Proposed changes to the “incident to services” rule in the 2016 Medicare Physician Fee Schedule are set to seriously impact how medical practices provide certain services, bill for them and share income from those services.

Incident to services are services or items that are furnished as an integral part of the professional services of a physicians or other practitioner in the course of diagnosis or treatment.  80 Fed. Reg. at 41785.  They are billed to CMS as though the physician actually provided the service.  One of the rule’s key requirements is that a physician directly supervise the performance of the services, which has meant that a physician who is part of the practice has to be physically present in the office when the services are provided.  If, for instance, a physician in the practice was present when physical therapy or diagnostic imaging was provided to a patient, the services could be billed to CMS as though the physician actually provided the services, even though the service was provided by, for instance, a licensed physical therapist or imaging technician.       END_OF_DOCUMENT_TOKEN_TO_BE_REPLACED

While your healthcare business may be compliant with billing regulations and coding, this does not mean that your payer is compliant and has paid you correctly per your contract.  Providers know that Fraud and Abuse has been one of the largest areas of focus for payers and the government over the past 20 years.  Due to this attention, many healthcare businesses engage auditors to audit their compliance of claims quarterly or annually.  However, in addition to compliance audits, a provider should be auditing their payer interaction to create a dynamic blueprint of denial management and payment recovery.   The AMA states that a 5% denial rate for an average family practice equates to about $30,000 walking of the door.  A good benchmark for payer compliance would be a denial rate of 5-10%.  Often times, practices and healthcare businesses operate with a much higher rate, and even in the 20-30% range without even knowing it.

When auditing the payer interaction, several components should be included in the review including:

END_OF_DOCUMENT_TOKEN_TO_BE_REPLACED

Medical Necessity and Payment: Who Decides?

There is nothing readily understood about the term medical necessity.  In healthcare it is the “overarching criterion for payment”.  There is no payment for services or supplies if there is no medical necessity to support it.   Today, every provider at some time is faced with a denial because of lack of medical necessity.  Physician providers will usually hear that payors do not get in the way of the physician-patient relationship.  Payors typically state that they never tell a physician how to practice medicine and a denial based on lack of medical necessity is for purposes of payment only.  However, what provider, on a routine basis, will continue to order care and services which medically unacceptable and not supported for payment purposes?

Generally, medical necessity refers to services or supplies which are required for the treatment of an illness, injury, diseased condition or impairment and which is consistent with a patient’s diagnosis or symptoms and are in accordance with generally accepted standards of medical practice.  Services or supplies must not be ordered only as a convenience to the patient or provider. Of course care and services which are investigational or unproven are not considered medically necessary. END_OF_DOCUMENT_TOKEN_TO_BE_REPLACED

Florida’s providers are buzzing with questions about value based care, asking why now? Is it a fad? Will it really ever be a widespread form of payment? Why does Florida seem farther behind the value based curve than other markets?

While there are more aggressive markets in other parts of the country, the bottom line is this: CMS changes are coming and they will not be stopped.  The government has invested too much money to turn around at this point.  Here are just a few examples of why:

The train has left the station. Providers will now shift from fee for service to value based payments with CMS.  To be successful and still have a profitable business, clinical integration and quality improvements will need to be implemented to improve your practice whether you are hospital based or office based AND whether you are employed by a hospital or in private practice. These changes will be implemented for all of your patients as you will not distinguish in your level of service between patients with managed care as the payor rather than CMS.  This essentially means that managed care payors will reap the benefits of these improvements in your practice.  If you do not have a value based contract in place with the managed care payors they will not be sharing one dime with you.  They will reap the benefits of your improvements AND keep the money!  And by the time you get around to a managed care contract that is value based, the shared savings opportunities will be less than if you began those discussions now.  END_OF_DOCUMENT_TOKEN_TO_BE_REPLACED

As the shift from fee for service to value based payment develops, one thing is crystal clear:  volume is no longer king.  Prior to 2010, medical providers were being paid on the amount of services that they rendered. The more patients that they treated, the more money they made. That certainty has disappeared with value based compensation and outcomes are now driving the compensation.  To be successful, a provider must learn to bend both the quality and cost curve.  In short, providers must increase quality while decreasing costs.

When contemplating negotiating or entering into a value based contract, the first thing to consider is the amount of financial risk that your practice or healthcare business can take on.  The four main types of financial payments are:

The best way to determine which payment model best suits your needs is to hire a qualified financial healthcare analyst who will be able to generate financial risk modeling.  A provider will then have a common starting point to negotiate as well as a better understanding of the issues, risks, and potential cost savings involved.  END_OF_DOCUMENT_TOKEN_TO_BE_REPLACED

Like a scene from the popular Netflix series, House of Cards, Governor Scott has requested that State agencies list critical services in light of a possible government shutdown over a battle of the budget.  It is important to note that Floridians relying on Medicaid could be impacted and shifting their care from the Primary Care Doctors back to the Emergency Departments.  Lawmakers will have a special session from June 1-20 with the goal of passing a budget.

In the meantime, hospitals have responded to Governor Scott’s challenge for profit sharing and likening healthcare to baseball.  The Florida Hospital Association responded equating the profit sharing to an additional tax on hospitals.  The Florida Hospital Association stated that hospitals already contribute roughly $1.3 billion to Medicaid as supported by a report commissioned by the State.  Governor Scott also drew criticism from State Senator Don Gaetz in a talk radio interview where he likened the Governor’s profit sharing to government price controls.

Billing for Associates Fraught with Risk 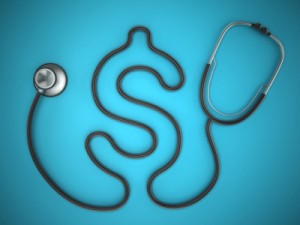 You’ve hired a new doctor to join your practice, but it will take several months to get the new doctor on your insurance plans and to add him or her to your group practice.  What do you do?  Can you bill for the new doctor’s services under your own provider name or number?  Can you hold the billing and submit it at a later date?

Billing for the new doctor’s services under the name or provider number of a physician who did not actually perform the service is fraud.  It’s as simple as that.  And it’s a serious offense, punishable as a criminal offence, regardless of the payer involved.  In other words, it’s not true to say “Well, it’s ok to do with HMOs, but not Medicare.”  It’s fraud for every payer.  And, with federal payers, it’s a federal crime!  So what do you do?

Physicians are very limited with respect to Medicare and Medicaid patients.  The new doctor must be added to the practice’s provider number, especially if the practice provides “designated health services” such as PT, rehab, clinical lab and diagnostic imaging.  Most practices time the hiring of the new doctor with adding him or her to the provider number and also ensuring that the new doctor is contracted with various payers, all of which can take several months.

There may be a little more flexibility with respect to PPOs and HMOs, though this is tricky.  These payers are usually adamant about credentialing the new doctor and about having him or her sign a participating provider agreement before providing services to their insureds.  In some very limited circumstances, a payer may expedite the process and may even suggest a billing arrangement that would otherwise constitute insurance fraud, but physicians still need to be careful with these arrangement.  When a payer suggests such an arrangement, it is absolutely essential that the proposal and agreement be in writing and review to ensure regulatory compliance.  Otherwise, the practice and the doctors involved may be subject to fraud based claims—e.g. violations of the state insurance laws and even the federal False Claims Act.