Telehealth/Telemedicine extends until May 8, 2020 in Florida

The Risk Of Not Paying Attention to HIPAA Violations

On October 23, 2019, the U.S. Department of Health and Human Services has imposed a civil money penalty of over $2 million against Jackson Health System in Florida for repeated HIPAA violations.

“OCR’s investigation revealed a HIPAA compliance program that had been in disarray for a number of years,” said OCR Director Roger Severino. The state of the compliance program allowed for the failure of several HIPAA requirements, including provision of timely and accurate HIPAA breach notifications, performance of regular risk assessments, investigation of identified risks, audits of system activity records, and imposing appropriate restrictions on workforce members’ access to patient information. The government’s final determination is available here.

When a HIPAA breach is discovered and reported, the government will often take the time to review a covered entity’s history of compliance or non-compliance. This may include an investigation into prior issues, effectiveness of policies and procedures, and employee issues. Overlooking one suspected breach may result in the imposition of sanctions on any later breach. This is why it’s so important for a healthcare business to understand its HIPAA obligations and take them seriously.

When was the last time your business conducted a security risk assessment to understand its potential risk areas for security breaches? If you’ve never had one, or haven’t had one recently, the time is now to conduct one. “When was your last security risk assessment?” is often the first thing that the government will ask in response to a breach.

Federal fines for noncompliance with HIPAA are based on the level of negligence perceived by the Federal government at the time of the breach. Fines and penalties range from $100 to $50,000 per violation (or per record), with a maximum penalty of $1.5 million. Simply put, your healthcare business can’t afford to bury its head and hope that it won’t be hit.

Protecting Your License Against Adverse Action

Under Option One you admit to the allegations of facts and law contained in the agency’s notice of intended action and waive the right to object and have a hearing. This is akin to an admission of guilt, that the agency is right in its decision, and you agree to a final order that supports the agency’s actions, including imposition of fines and punishment against you. Option One is generally not in your best interest. END_OF_DOCUMENT_TOKEN_TO_BE_REPLACED

Medical Marijuana Law: Medical Use in Florida Part I

As you have probably heard, Governor Scott signed Senate Bills 6A and 8A on June 23, 2017. What this means for practitioners is an increased opportunity to help patients that might derive benefit from treatment with medical marijuana. However, with increased opportunity comes increased scrutiny. Although these laws open up treatment options, practitioners need to ensure they strictly abide by the statutes and rules to be implemented by the Department of Health (“Department”). The Department has already published notice of the first conference call on Senate Bill 8A and emergency rule making authority, with the first conference call scheduled for Friday, July 14, 2017. Practitioners should also keep in mind that marijuana is still a schedule 1 controlled substance under federal law, thus, insurance companies are not covering treatment with medical marijuana. END_OF_DOCUMENT_TOKEN_TO_BE_REPLACED

A new law passed by the Florida Legislature shaves off some of the sharp edges of Florida law that applies to physicians who are impaired by substance abuse or mental illness.  The hub of treatment referenced in the law is the Impaired Practitioner Program (IPP).  Over the years, the IPP (a quasi-governmental entity) has come under fire for being too aggressive in how it deals with impaired physicians, by acting more like law enforcement than a healthcare provider.  Allegations in the past include physicians feeling “hauled off” to treatment before the demonstrated need was clear and being directed to providers that were expensive or inconvenient with reasonable alternatives exist.

The new law rounds out the IPP operations in creating additional accountability through the appointment by the Department of Health (DOH) of one or more consultants.  It also:

Healthcare professionals interacting with the IPP need to know their rights and options.  The new law helps facilitate that.

T’was the night before the First Tuesday after the First Monday in March, and all through the House (and the Senate…)

It’s that time of year.  People are scrambling around, deciding what they want to give and what they want to get.  Brand new packages are being wrapped up and filed away.  Excitement and tension fill the air. Everyone can’t wait for the big day; but in this season that big day doesn’t happen until the first Tuesday after the first Monday in March.  But it’s never too early to start getting ready, right?  In fact, the Florida Legislature is currently in session, drafting and filing bills that the sponsors hope will be considered in March and will become law in 2016.  And as usual, health care is on a lot of legislative wish lists.  Although all of these bills are subject to significant revision, and some may never make it out of a subcommittee, here’s a sneak peek of some of the proposed health care legislation (without editorial – for now).

Three categories of health care professionals may see significant expansion of the scope of their practice.

Both Advanced Registered Nurse Practitioners and Physician Assistants would gain the right to prescribe controlled substances pursuant to Senate Bill 676.  Most of the details about specific medications and dosages is left to an administrative committee, but the bill seems to anticipate broad authority.  The bill also adds references to ARNPs and PAs throughout the Florida Statutes, indicating a willingness to accept these professionals into a significant role in the delivery of care.  Additionally, SB 572 would add PAs and ARNPs to the list of providers who can certify that an individual meets Baker Act criteria to justify a patient’s involuntarily confinement for mental health reasons. END_OF_DOCUMENT_TOKEN_TO_BE_REPLACED

Section 13411 of the HITECH Act authorizes and requires the Department of Health & Human Services Office for Civil Rights (“OCR”) to provide for periodic audits to ensure that covered entities and business associates comply with the HIPAA Privacy and Security Rules. OCR conducted its first round of those audits in 2011 and 2012, and has announced that it will begin a second phase.  Unlike the first phase of audits, which were limited to covered entities, both covered entities and business associates are intended to be audited during this second phase.

How will audited businesses be selected?

Physicians in the Middle of the Marijuana Battle

The Federal Government lists marijuana as a “Schedule I” controlled substance, meaning it has a high potential for abuse and no currently accepted medical use.  21 USC § 812(b)(1).  Because there is no current accepted medical use, Federal law prohibits physician from issuing prescriptions for marijuana.  21 CFR § 1306.04(a).  However, the Federal Government has traditionally deferred to the States to prosecute small-scale marijuana violations.  This lack of Federal enforcement has encouraged the States to enact less stringent controls on the marijuana industry. END_OF_DOCUMENT_TOKEN_TO_BE_REPLACED 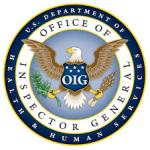 On October 24, the Office of Inspector General (OIG) of the U.S. Department of Health and Human Services (HHS) released its long-awaited report on the prevalence of physician-owned distributorships (PODs) and the increased costs incurred by Medicare following the rise of these entities. The U.S. Senate and OIG’s investigation of PODs began in earnest in 2011 with the release of the Senate Finance Committee’s POD overview and inquiry.1 This was followed by a Special Fraud Alert issued by OIG, which characterized PODs as “inherently suspect under the anti-kickback statute.”2